Problem with opennebula and qcow2 images

This is really important for us .
we have a server with a persistent datablock with 200gb of space used as mysql datadir
3days ago our machine got into a problem and crashed so we shutdown the machine and start a new one with that persistent image but now the image is just 8GB and has a Installed os on that . opennebula database still tell us its persistent and has 200gb data by qemu img said: 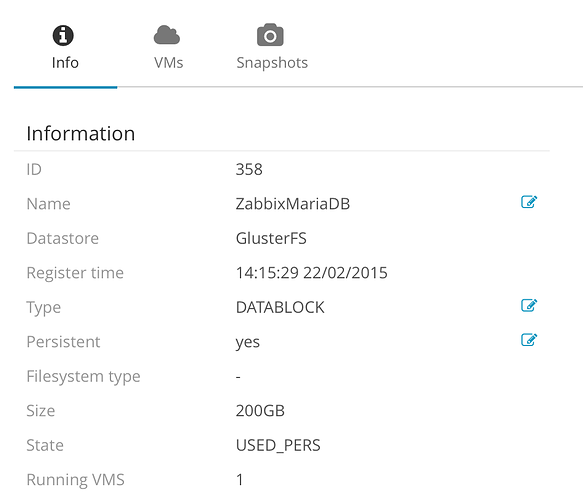 now i can boot the images and has operating system installed exactly like first hdd mounted as os , i hope this is some miss configuration in addressing the image and i hope my image still some where

thanks its very important and urgent for me

It’s strange that the persistent disk has a backing file. Anyway, was the previous VM also using a persistent image and is that image the same as the new one? Are you using glusterfs driver or shared/qcow2? You can get information about the disks with:

In case the old persistent disk is different check if it has the data. Persistent images are not deleted as they reside in the images datastore.