Hi everyone, i would like to know which one is the proper view for the virtual networks. 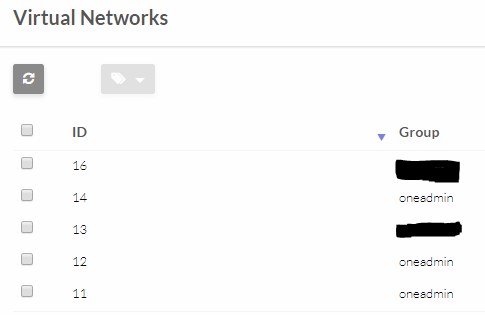 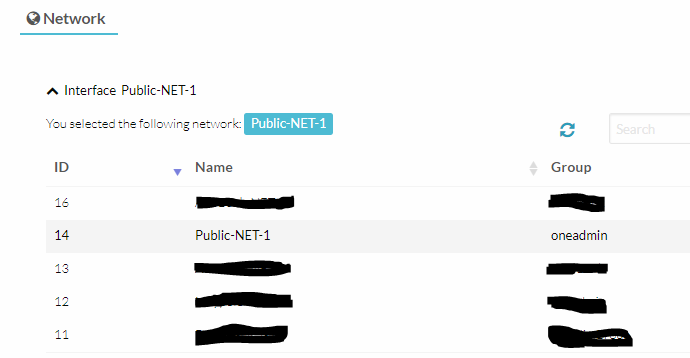 so the answer to question 1 is a view setting as since it can be viewed in the cloud view the same setting can be enabled in the groupadmin view too.

In the group administrator view, there is a small error that is already resolved (vnet names).

Regarding the second question, it is most likely a problem of permissions, check the permissions of your resources, and the groups that belong to your new user.

If the user is in a group other than oneadmin and is not an owner, he should not be able to see the vnets.

Hi @AbelC and thanks for your feedback. So the first issue is resolved in a later version (can you tell me which version please?)

Regarding the second question of the group admin being able to view all the virtual networks, I have not made any changes whatsoever to the views so this should be something by default. What is supposed to be shown when adding a virtual network at the vm creation screen?

network ID’s 13 and 16 have the below permissions setup for the virtual network resource and the owner is the groupadmin mentioned above.

while network ID 14 has the “Other” given the permission to use since that is a public network and I use it to access the VM’s.

Regarding the other topic, I think it’s because of the VDCs. Do you have any VDC other than the default one?

If you do not have another VDC defined, by default the new groups will belong to it. The default VDC gives permissions to see all the resources of all the clusters.

When you assign a group to a VDC, the corresponding ACLs are automatically created.

Hi @AbelC thanks for your time assisting me on this and sorry for my late reply. I have made the tests regarding the VDC and ACL’s as you suggested and even though I do not think that was actually my problem I believe that you were actually pointing me in the right direction.

I started to create a number of test VDC and one of them actually worked as expected…by accident :-). It all boils down that for every VDC I was creating I was adding the cluster with ID 100 (below)

The names are not visible since I have not updated to 5.4.9 as requested for the time being and will do so in the future.