I release this scheme: 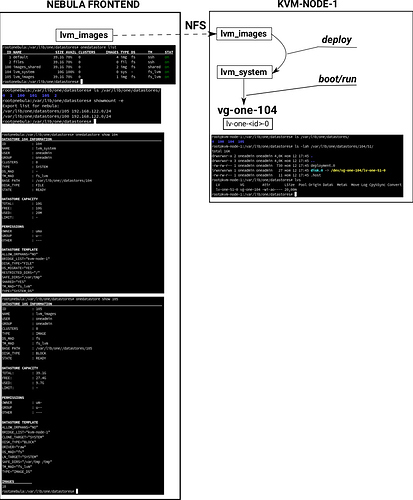 It’s seems that almost is working but I don’t understand what’s really doing while undeploy in progress? I see that VM instance is being stopped and instance status is changing from RUNNING to UNDEPLOYED and nothing else. What is really doing on this step in LVM scenario?