Persistent VMs - why is disk image copied? (Opennebula 4 vs 5)

In Opennebula 4.0 when I instantiate a template that has a persistent disk image, the image is NOT copied from datastores/1 datastores/0. Now in Opennebula 5 it is copied. Why is that?

Is this an upgraded installation? What ds_mad and tm_mad are you using?

Clean install. Don’t know what ds_mad or tm_mad mean. For all my images I use qcow2 if that helps in any way.

The TM_MAD drivers define this behaviour. The default TM_MAD for new installations was changed from ‘shared’ to ‘ssh’, that’s why your persistent images are copied.

To configure the storage to your needs, follow this doc section:
http://docs.opennebula.org/5.0/deployment/open_cloud_storage_setup/overview.html

Thanks a lot! Well, appears I will have to re-read the whole Opennebula documentation yet once again.

I had just made myself comfortable with version 4 and here it goes again.

For future reference to anyone that might wonder, I found where those two are: 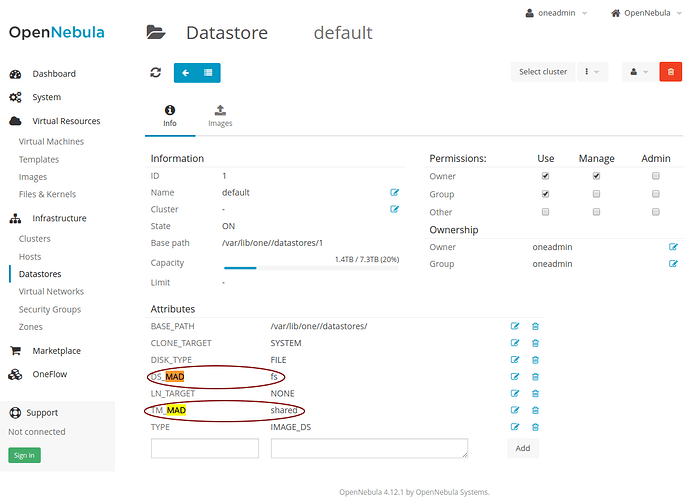 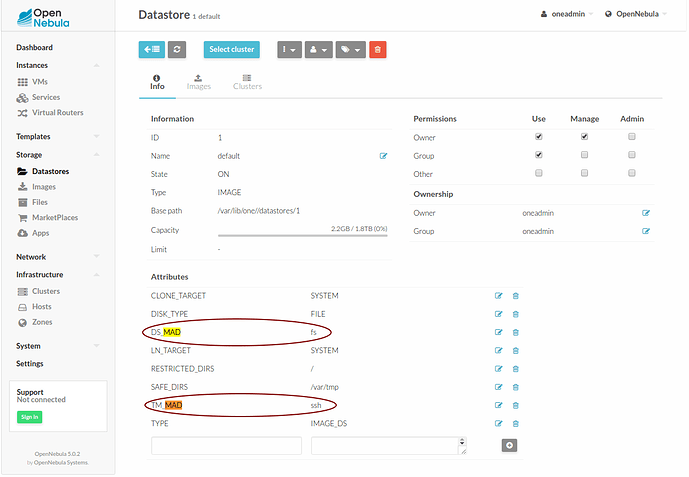