I attempted to follow the recommendations for creating a template by using the disk1.img from Ubuntu’s Cloud Image Repo. However, there are errors upon booting the VM instance using the image created that is restricting the use of IP addresses (NICs) to only the main NIC (eth0). The NICs are added in Sunstone appropriately.

There also seems to be an issue where on each reboot the root password which was set is removed/disabled and it reverts back to ssh key authentication. However, the key set in SSH_PUBLIC_KEY doesn’t work.

I also have similar issues, though no boot errors with the Ubuntu 12.10 based appliance. The NICs added in Sunstone show up in the guests config files and ifconfig, however the additional IP addresses do not work (are unreachable).

Attached below are the error messages on boot for the created image.

Is this an issue with addon-context-linux and Ubuntu 12.04 that I am unaware of? 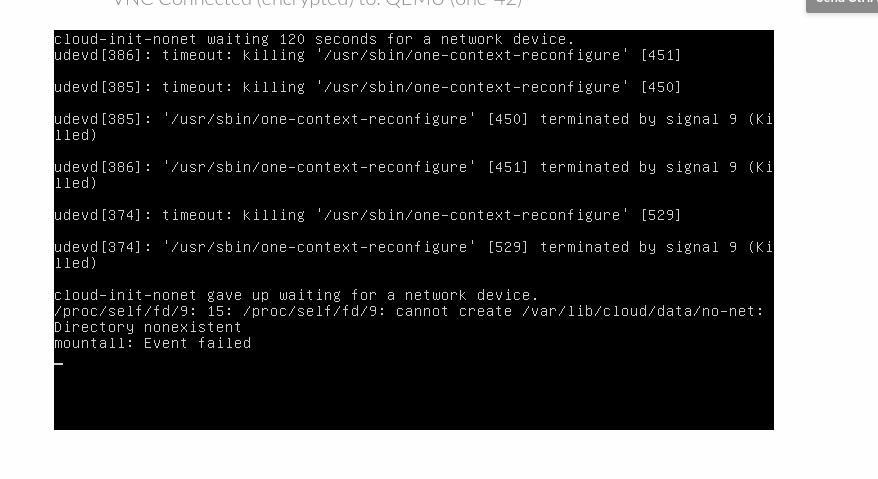 It seems that cloud-init package is installed. Having both packages can cause problems with contextualization. Try removing it.