Unreachable VMs over the Internet

I can succesfully deploy the VMs, but I can’t access them via SSH or even ping them

Bellow you can see an example from Sunstone, where it shows a VM running but unreachable 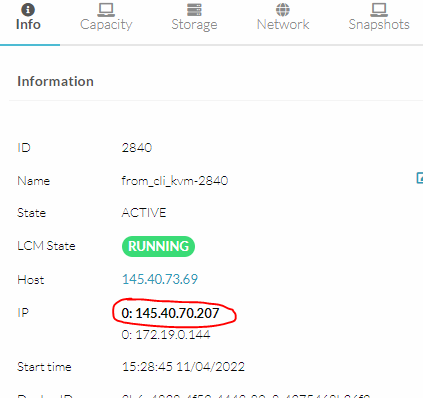 This seem to only happens in specific Equinix zones, so I can deploy the same VM in Zone A and it works perfect, but in zone B it’s not working. So this problem is probably not related to the VM itself

I can however connect to the host of those VMs, it seems that the VMs are being executed, but lack internet access. I’ve tried to access them but I get prompted for a oneadmin password that it’s different to the oneadmin password in the front-end 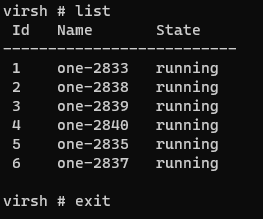 Since this is only happening in specific Edge zones, it might be a problem in Equinix and not related to OpenNebula.

Oneprovision is showing the same message for reachable and not reahable zones:

To add more information, this could be related to a latency issue. The front end is located in Europe and the only working zones are in Europe also. American and Asian zones were working properly before this issue started

Could you please check if networking driver is correctly executed when you deploy the VM? The scripts are located here and in your installation can be found in /var/lib/one/remotes/vnm_mad.

I don’t have the vnm_mad directory

However I’ve been able to find some of those files in this directory /usr/lib/one/ruby, for example equinix_vnm.rb