After deploying a vRouter , i have attach one more nic , then i encounter a problem.

I lost connection with sunstone , and the VM state stay on HOTPLUG

Here is all error message ,
After adding a new nic :

Then i lost connection with sunstone few seconds after: 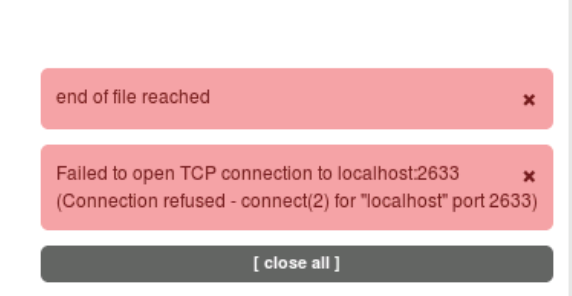 After restart the services , i see this state on vRouter (Hotplug)

Hi, this is a bug:
https://github.com/OpenNebula/one/issues/1505

It’s already solved in the last release, but packages is still not formed.
You can wait for packages or build opennebula from sources.

I ran into the same problem and now have the problem that I have leases-leftovers in the attached network from the vrouter. I deleted the vrouter while “Recover”.
Now I have those (active!?) Zombie leases and can not get rid of them

Any hint how to get rid of the leases would be great.

SOLVED: onedb fsck did the trick…