I just wanted to write some feedback about OpenNebula 4.14.2 release to share with you

First of all, I would like to say that we have upgraded successfully our test environment to the 4.14.2 release from the 4.12.1 and we also have run the first 3D modelling test by using Blender in an Ubuntu Desktop VM with GPUs configured on it since now it is possible to configure/pass GPU on the VM template.

We still need to test old and new OpenNebula features but I wanted to share some comments about the upgrade:

To upgrade the AppMarket is necessary to edit the /usr/lib/one/sunstone/public/app/main.js file on the Sunstone server and then compile it. For compiling it, these are the main steps to follow:

In order to do not have problems with the nokogiri gem, I recomend to install the following packages, see the following link for more information, http://www.nokogiri.org/tutorials/installing_nokogiri.html :

If I am not missing anything right now, I think those are the main things to have in account for upgrading to the 4.14.2 release so I hope it helps to the community and also please, feel free open to comment or to add also your experience/recommendations with the upgrade

I haven’t had much luck as you, but of course my installation is not an upgrade, but a full install from scratch. I have this current ticket open where the ec2_hybrid portion of the gems does not install due to an error:

Besides this issue the only other one that I have installing from source is that when I log into the console I do not see the version updated at the bottom of the UI to 4.14.2, it is still 4.14.1. 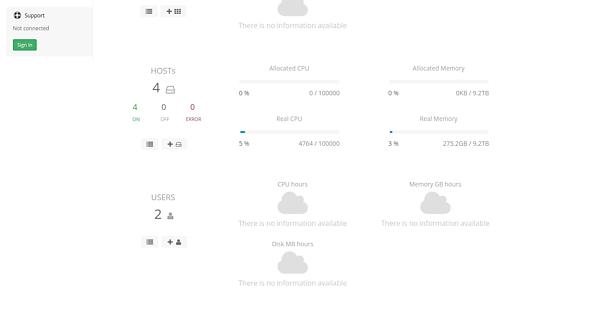 Are you using the same repo?

If I install the RPM version from the following repo, it is the right version:

Yes, but we are using Centos7 and therefore this repo:

I tried it yesterday from scratch and also in a CentOS 7 machine and I did not find the issue with the aws-sdk gem.

On the other hand, I just checked it and I see the right version release at the bottom of the dashboard view at the Sunstone UI.

I think you may have installed master, what is a really bad idea. Please install tag release-4.14.2, or at the very least use branch one-4.14.

Good to know. I guess the master is more like your beta branch, where the subbranches, some of them like one-414, are the stable versions. I’ll be building from this from now on and not raise tickets on master. Sorry for the confusion on my part.

Anyone nows what could be the problem?

hey did you resolve this issue ? i’m stuck