First of all I want to thank all the addon developers for the effort creating them.

We’ve been reviewing the addons and there are some of them that are not up to date and probably they won’t work in the latest version. I know that maintaining software can be tough, sometimes doing work in the free time and some other times just losing interest or application for the project.

I’m making a call to addon maintainers that feel that can not keep maintaining the project or they need help doing that and people that can give a hand maintaining an addon that is not up to date.

We would love to have a updated list of addons that are actively maintained and work with current OpenNebula versions. At the end of this review we will somehow mark or delete repositories that have lost interest or are no longer applicable.

Can you please share here which are your plans for the addons?

For example, I am the maintainer of the addon that is receiving less love, not a single commit since 2013 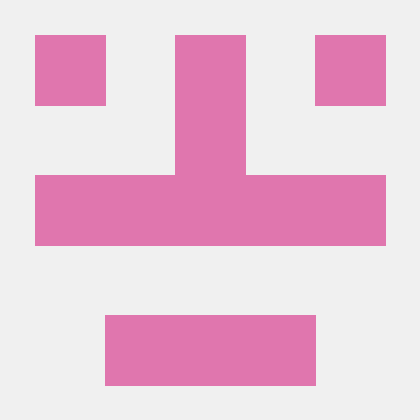 I am planning to delete it as it’s no longer usable or useful.

The addon is in permanent development above and beyond the specs

Anton, yours is one of the most active addons and we are really grateful about that.

I’ve created a list with projects with more than a year since the last update. It would be great if the maintainers could step up and tell their plans. It will also be helpful to know if any other people is interested in maintaining or helping with one of these repositories:

I’ve created a new GitHub organization called OpenNebula-unmantained where the addons without maintainers will be moved. This means that the repositories won’t be deleted but also won’t be in the main OpenNebula organization.

These are some of the repositories I’ve already moved to this organization as I am the maintainer and won’t be working on them anymore:

I’m still maintaining the addon-metadata.
It still runs on the current version, and still supports things like coreos.
If there is the need for changes I will most likelly do them as this addon is currently being used in our production environment.

VDC looks awesome and I never even noticed. weird weird.

@ricdgr could you update the readme to reflect what it actually does?
“addon-metadata is a metadata server” is kind of circular, can’t figure it out without knowing

Thanks for the update! A change in the readme file, in compatibility, stating that it works with newer versions should be enough.

The idea is to move the unmaintained ones to another Organization:

This way people that go to OpenNebula organization does not find it cluttered with unmaintained projects.

I took a moment and wrote down the background what I told to Ruben at the Conf. I should’ve done that earlier, but I have somewhere between 2 and 12 weeks of lag in my life at the moment.

It’s probably not covering 100% but it’s all feedback I got.

Let’s pretend we get a new package or look at an existing one and want to go through a unified process for that. We want to avoid them being dead forever, and maybe we even don’t want them to die at all. Especially we don’t want them to die just because the Readme was hard to understand. So, what could we do??

Since OpenNebula has regular releases it’ll mean that projects can now go stale. Projects under a threshold of 2 stars would need to go to the sad valley.

To easily achieve this, each ecosystem addon should have a standard document.
Either linked or directly contained in the Readme.md
I think the readme is better and simply put, you can only get in the marketplace if you have this piece of the text.

Users can then add PR’s to indicate i.e. that they use it.
We need to decide if it’s enough if the author vouches that it’s still working. I tend to think that this is fine as long as he also supports it.
Stale PRs of more than a year without discussion -> sad valley
Generally it’s a hard topic since as long as the plugin works people will probably not even once a year check the status.

It has a status, and it has a supporter field.
This actually means one can’t just take the fame without the blame.
If you want to add a module, you need someone to support it.

I would highly suggest ‘OpenNebula the company’ has a standard “we support it for you” offering that vendors can use for their plugin.
(i.e. custom plugins for a storage array, the vendor might deal with a lot of software, and rather pay someone to keep their code working & well-integrated than clock in to your release cycle)
Whereas for no-money community contributors each new release might be exciting so that they’ll probably like to work on it.
A smart move would be to dedicate 2 hours / year from your dev time to supporting them on request. So, 2 hours per addon in the ecosys,
It should pay back since they’ll be release quicker and won’t go stale if the author hits a wall.
I don’t mean this should also include all contributors on a plugin, but the ones who start it with a lot of energy and might not be able to resolve an issue 2 years later. So the current, finally responsible maintainer.

Any project you already flagged to be moved out to the sad valley should just go there.
If someone adds a “I use this and it works” commit that would be enough to bring it back.
If you like the idea of a standardized header in each project I think we should add that also to the ones that are moved now.

In summary, my suggestion is

####Disclaimers:
Of course, these are just suggestions. I just wanted to write them down since I care. Pick whatever suits you, or none.
I mentioned Ansible. I use it. And I use other tools which I consider better at the same task. Just so we got that one straight

We have been discussing internally these matters but we have found no time to approach the maintenance of the addon repositories as you describe. I agree that this can be done better but right now we don’t have the resources tho do it that way.

Hey, looks good to be honest, the most recent update to one of them had been 2 years ago.
If they wake up they can ask for revival