Hi,
I’m just wondering if anyone had succeeded in using a non-us keyboard layout inside a guest running on a kvm opennebula-4.14.x host and accessed via the NoVNC WebUI please ?

I’m running opennebula 4.14.x on a single kvm host and whenever accessing a linux VM (or even a Windows one) via the opennebula-novnc WebUI, i can’t send some char, like the ubiquitous “|” (aka pipe), to the guest :-/

As it seems that the NoVNC project had made a lot of progress on this issue and already implemented several workaround as explained on these (lenghty) bug reports: https://github.com/kanaka/noVNC/issues/21 | https://github.com/kanaka/noVNC/issues/666 and i wish there were some instructions on how to update the noVNC version shipped with opennebula in order to test those fixes

I really hope that this issue will be dealt with because if it’s confirmed, the noVNC console, which is a must-have feature of the opennebula plateform, is pretty much useless even when trying to use it for some basic stuff inside the guest

hmm so the second issue is not even a week old.
does the 0.5.1 patch alone work in your opinion?

i think (rather guess) you can look inside the novnc install script from standalone tar install and modify it for the new version.

for german keymap we got lucky, just adding ‘de’ was enough. but i understand that was just luck

So i thought that as i’m a noob on javascript stuff, i must’ve been doing something wrong

i’m glad you got lucky with “de” layout

I wish i could say the same with the french layout cause right now, the noVNC console is pretty much unusable when you need to type non-alphanumeric char…and as there’s no floating public ip support in opennebula, VM remote access seems impossible without some kind of vpn

First, let’s hope someone can just tell you why it’s not using the patched novnc now.
I hope “opennebula-services” included sunstone

maybe this helps you:
There’s something I want to do, but didn’t have time to.
But I already have it in my mind. So here you go.

That way you can have direct vnc via the vm’s allocated IP address.

I generally want to have that as a feature in all my setups, but it’s on the backlog for me

First, let’s hope someone can just tell you why it’s not using the patched novnc now.

There isn’t a good reason. Last time we checked novnc’s github they were still trying to find a solution, and I guess we just gave a low priority to this since there wasn’t much we could do. The last novnc release, and the patched version you mention, are not so old.

I gave #4304 a higher priority to consider these vnc issues.

we just noticed the Alt-Gr key on german keymaps is also not workable.
It seems this bug is where they track the issue and it seems there’s some patches that fix it.

A nice feature for me and all others with non-US keyboards is to add a keyboard layout option list and/or trying...

Are those the ones you referred to?

Are those the ones you referred to?

Yes, we either update to the latest version or use the fork linked in that thread with the fixes backported.

Thanks for acknowledging this NoVNC bug and trying to fix it

As i don’t expect of course any ETA for the 5.4 release, would it be possible to outline the basic steps one would take in order to incorporate the NoVNC 0.5.1 fork please

I’ve seen the issue has been re-assigned: https://dev.opennebula.org/issues/4304

Does it mean someone is gonna fight this through now? It would be great to know!

I continue getting problems with spanish layout in my instances. Keys “@”, “#” and others (all with AltGr key - right to space bar) aren’t working.

Could anybody solved this problem? 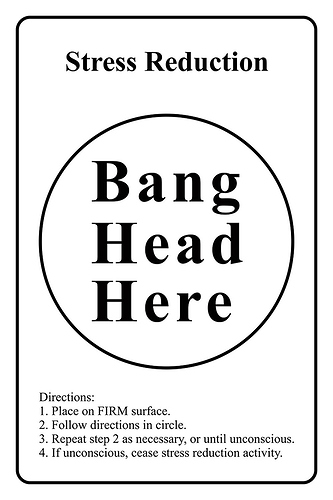